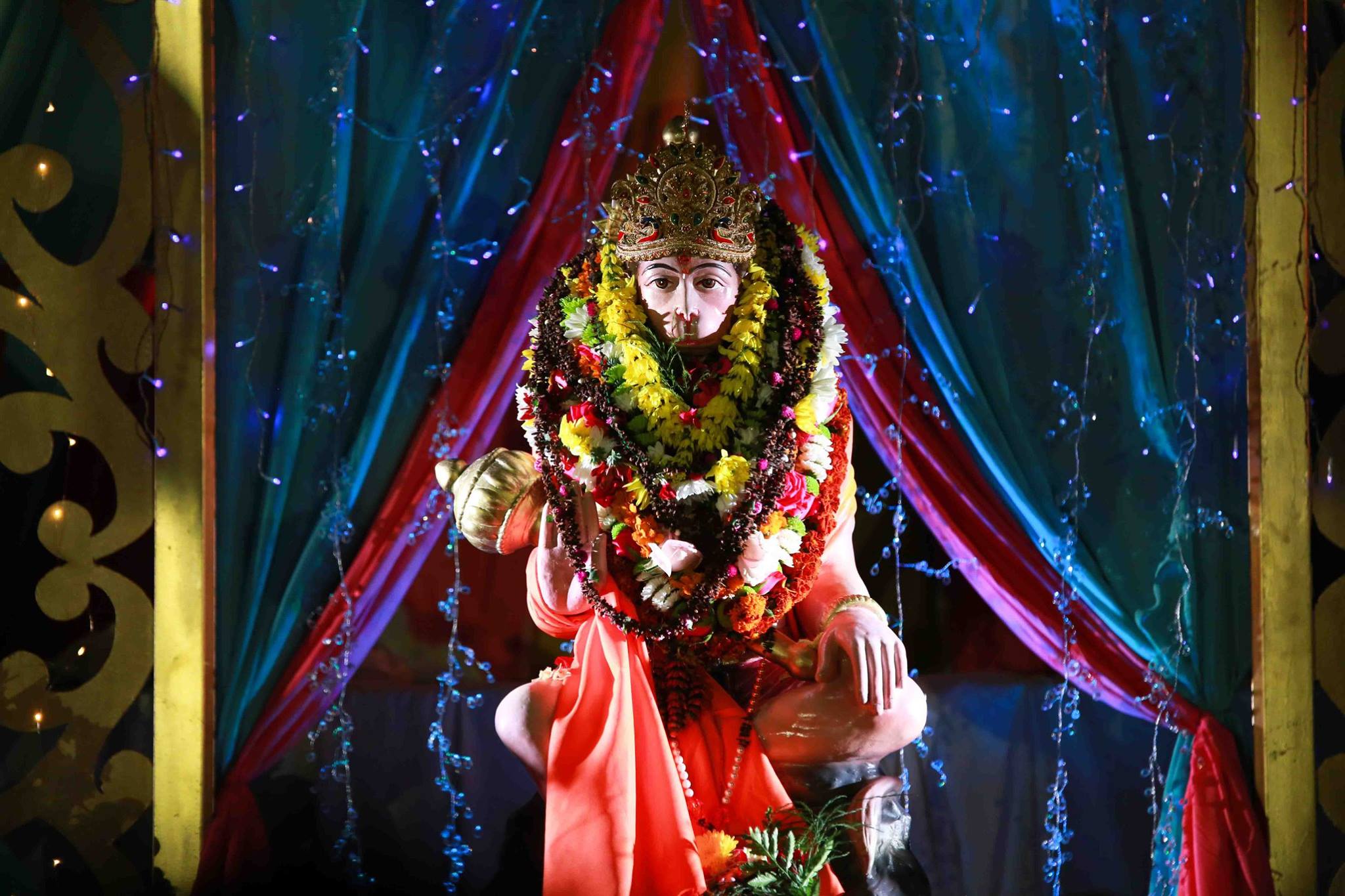 An ancient saying from Indian tradition says that if you want Lord Rama to terminate all your sorrows, you can reach Him only through Lord Hanuman and Hanuman Jayanti is a perfect day for this. Well, God Hanuman is immensely powerful and an absolute devotee of Lord Rama. He is the granter of happiness and the destroyer of problems. It is further believed that continuous reciting of the famous Hanuman Chalisa can help one overcome all sorrows and acquire supernatural powers. As Hanuman is very powerful, so his worship has become very powerful.  Recite these shlokas as many times as possible during the day. This will help you get rid of troubles, worries and give you strength to overcome difficulties with ease. The more you repeat them and remember Lord Hanuman, the more you will come closer to him.

In conjunction with Hanuman Jayanti celebrations , the Shree Pretoria Hindu Seva Samaj celebrates Hanuman Chalisa. This event is organised and planned months ahead by The Religious and Cultural Committee (RCC) and The Pretoria Navyug Mandal (PNM). It is a whole day function starting from 4.30am in the morning and ending at 8pm. Various Bhajan groups and organisations from Laudium and surrounding areas are invited to recite the 108 hanuman Chalisas. Maha Prasad is served at lunch time for everyone attending this function. The Hanuman Chalisa celebrations is one of the Samaj’s biggest function.  1000 to 1500 people attend this function. In 2020 the Samaj will celebrate 25 years of Hanuman Chalisa.